Robert Gordon Sproul, president of the University of California for 28 years, died Wednesday at his home in Berkeley after a long illness. He was 84 years old and had retired in 1958.
In a tribute to Mr. ?? Clark Kerr, his successor, said yesterday that he had led the university during “some of its brightest times—its rise to preeminence in the world of science, the emergence of the University of California at Los Angeles as a campus with national and international academic stature; and some of its darkest times—the Great Depression, the loyalty oath controversy of the Joe McCarthy days.”
By combining a tireless bonhomie with superb administrative talent, Mr. Sproul transformed the University of California from a merely large institution to the biggest in the Western world with a faculty sprinkled with Nobel Prize winners.
From 1930 to 1958 the taxsupported university, with its eight campuses including the Lick Observatory, grew from 19,626 students to 45303. Its library quadrupled to four million volumes; and its state appropriations increased nine times to $73‐million.
Continue reading the main story

Edward SilverbergFebruary 1,1938- June 11, 2017
Edward Silverberg was born in San Francisco and attended local public schools, graduating from Balboa High School. He extended his education at City College San Francisco, studying printing and newspaper production. Early in his newspaper days he worked at the Chronicle and the Call Bulletin in printing and production work. He then worked at the Progress until it ceased circulation and he retired.
Ed is preceded in death by his brother, Irv Silver, and mother, Ida (Rosenbaum) Silverberg. He is also predeceased by his uncles, Ed, Art, Jack and Dave Rosenbaum, and his aunt Sylvia Rosenbaum.
Ed was an athlete and track and field enthusiast, attending most Olympics, and World Track events in many parts of the world. He was an avid tennis player and often played at Golden Gate park and other city courts. Ed also enjoyed skiing in winter and water skiing in summers with a close group of friends.
Ed 's life was made complete by his long-time companion, Irene Siroskey, and his close friends, Daniella Siroskey and Warren LoPresti, as well as friends from his Homewood Terrace days, all who are left behind to miss him. Ed also leaves many cousins whom he enjoyed seeing at numerous family events. He kept contact with other friends from track days and newspaper days, and peninsula friends of many years. His friends, Thor and Doris Rayward, kept in close contact even after their move out of state.
Throughout Ed's health challenges and struggles, he remained upbeat, optimistic and never complained. He was a kind and friendly man who never wanted to be a burden to others.
We wish to gratefully acknowledge the Kaiser Hospice team for their outstanding care and commitment. Thank you also to HomeInstead caregivers team whose capable care was compassionate and attentive.
At Ed's request, no services will be held. Donations may be sent to the American Heart Association

or charity of your choice

.
Published in San Francisco Chronicle on June 25, 2017
Posted by Keith Conning at 9:36 PM No comments: Links to this post

http://onceuponatimeinthevest.blogspot.ca/2017/06/v-7-n-40-leon-patterson-and-first-high.html
Posted by Keith Conning at 4:17 PM No comments: Links to this post

Usain Bolt: Sprinting great under pressure as he tries to retire in style 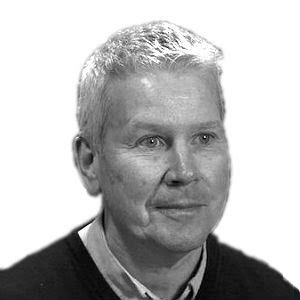 By Mike Costello
BBC athletics correspondent in Ostrava
Share this with
Copy this link
http://www.bbc.com/sport/athletics/40443699
Read more about sharing.
Posted by Keith Conning at 8:32 AM No comments: Links to this post

Posted by Keith Conning at 8:26 AM No comments: Links to this post

Posted by Keith Conning at 7:43 PM No comments: Links to this post

Olympic 400m champion Wayde van Niekerk broke the 300m world best to highlight the Golden Spike, an IAAF World Challenge Meeting, in Ostrava, Czech Republic, on Wednesday (28).
On an evening largely focused on a farewell celebration for Usain Bolt, it was Van Niekerk who stole the show and electrified the atmosphere after storming to a 30.81 performance over the rarely-run 300m distance, a powerful display that took down not only Michael Johnson’s world best of 30.85 which had stood since 2000, but Bolt’s 30.97 meeting record as well.
The symbolism of the South African eclipsing one of Bolt’s standards wasn’t lost on many who see Van Niekerk as the heir to the Jamaican’s throne as the sport’s biggest star. But that’s not a discussion Van Niekerk wants to have just yet.
“I’m just pleased and grateful for this big achievement,” said Van Niekerk, whose run came eight days after a 9.94 personal best in the 100m.
He’s now the only sprinter to have produced sub-10, sub-20, sub-31 and sub-44 performances at 100m, 200m, 300m and 400m respectively. Getting there tonight did take at least a small toll, especially given the rising expectations that Johnson’s mark was within reach.
“I was a little nervous before the race so had to try to calm the adrenaline. But then I recovered really well.”
Isaac Makwala of Botswana was a distant second in 31.44 with Clarence Munyai of South Africa third in 31.61, the fastest time in history by an U20 athlete.

Van Niekerk’s electricity made way for evening-capping emotion for both the capacity crowd of more than 15,000 that filled Ostrava’s Mestsky Stadium and for Bolt, who was competing on its track for the ninth and final time.
After a slightly sluggish first half, Bolt found some of his rhythm in the waning stages to win in 10.06, edging Cuban Yunier Perez who clocked a personal best of 10.09. The effort was hardly vintage Bolt, but it was a second 100m win in as many outings this season. Bolt’s assessment was blunt.
“It wasn’t a good race and I’m not happy with the time,” he said, citing ongoing health issues – his back primary among them – for his early season lack of fitness. “I'm just getting into my running. I have some training to do to get some good execution.”
Even with the IAAF World Championships London 2017 just over five weeks away, Bolt said that while disappointed, he’s not concerned.
“The time doesn’t really represent where I’m at. I’ll be fine.”
Bolt said that by far the best part of the meet was the atmosphere, a show that included a rendition of the Jamaican national anthem, celebratory music and fireworks, making his final appearance in the meeting he’s competed in most often among his most memorable.

Another Olympic gold medallist on show was Christian Taylor, who dominated the triple jump competition, topped with a 17.57m leap in the third round which added five centimetres to his own meeting record.
"I wanted a little more than the meeting record but this is great, too," said Taylor, whose late-round efforts were overshadowed by the men's 100m. That didn't bother the two-time Olympic champion.
"Usain deserves all the attention," Taylor said, "because he's a legend and for his huge contribution to our sport."
Like the triple jump, the men’s 10,000m largely turned into an exhibition for two-time double Olympic champion Mo Farah, who came up just short of his assault on the world lead.
“I hoped we could run a little faster but the wind slowed me down even though we ran a fast pace from the start,” said Farah, who clocked 27:12.09, some four seconds shy of the world lead. “But I enjoyed it.”
The race was Farah’s last over the distance on the track in a one-day meeting.
Kenyan teenager Matthew Kimeli, competing in his third 10,000m race within 18 days, was second with a PB of 27:14.43. None of the other dozen finishers broke 28 minutes.
Underscoring his 2017 form, Thomas Rohler dominated the javelin competition, throwing beyond 90 metres twice. He sealed the win with a 91.53m throw in the second round and followed up with 91.02m in the third.
Teammate Johannes Vetter was second with 87.88m and Czech Jakub Vadlejch third with 86.43m.
The opening festivities included a medal presentation for Vitezslav Vesely in which he was given his 2012 Olympic bronze medal.

The pre-meet playbook didn’t however quite go to plan for David Rudisha, another Olympic champion on the programme.
Indeed the modest early going – just 55.49 at 400m and 1:52.54 at 800m, more than five seconds shy of what Rudisha indicated yesterday would suit him in his first appearance over the rarely-run 1000m – played nicely into the hands of Czech middle distance star Jakub Holusa who nearly pulled off an upset.
Rudisha took the lead at the bell, but he didn’t look comfortable at the helm. Clearly struggling entering the final straight, he was overtaken by compatriot Nicholas Kipkoech and Holusa, who powered by on the outside. The margin of victory was already in place at the top of the straight with the pair scrambling through to the finish. Kipkoech clocked 2:18.51, 0.09 ahead of the Czech. Rudisha faded to fourth nearly a second back.

The evening’s action began with a bang on the track as Ethiopian Gudaf Tsegay steadily powered away from the field over the final lap en route to a 4:00.96 victory in the 1500m, a season’s best for the 20-year-old world indoor bronze medallist that took down a meeting record which had stood since 2004.
Tsegay was the picture of confidence down the homestretch, finishing well clear of distant runner-up Rabab Arrafi of Morocco who clocked 4:03.34. Further back, Australian Zoe Buckman was third in 4:06.30, a season’s best.
Benjamin Kigen won the 3000m steeplechase in 8:11.54, a personal best, well clear of Ethiopian Getnet Wale and Hailemariyam Amare, who clocked 8:13.16 and 8:13.39 respectively.
Marie Josee Ta Lou dominated the 200m in 22.44, more than half a second clear of South African Alyssa Conley, who clocked 23.03.

In the 110m hurdles, Darien Garfield powered his way into the World Championships medal picture with a solid 13.09 victory to move to second on the 2017 world list. With a visible lead at the midway point, the 29-year-old forged on to knock 0.06 from his previous best set five years ago.
The Frenchman’s effort overshadowed a fine run by Balasz Baji who clipped 0.01 from the Hungarian record, clocking 13.23.
Meanwhile, Pamela Dutkiewicz collected her eighth outdoor victory in as many finals this season in convincing fashion, clocking 12.72. Behind her, Rekenette Steenkamp of South Africa dipped under 13 seconds for the first time, stopping the clock in 12.99 for second.
Michal Haratyk of Poland controlled the shot put for much of the competition courtesy of a 21.34m personal best in the second round. But after warming up with a long foul that dropped well clear of the 22-metre line in round three, Czech record-holder Tomas Stanek took command with a fifth-round 21.63m to secure the victory.
Elsewhere on the infield, neutral athlete Anzhelika Sidorova won the pole vault at 4.70m, with Canada's Alysha Newman second at 4.65m.
Poland's Sylwester Bednarek won the high jump with 2.32m, equalling his season's best, over Tihomir Ivanov of Bulgaria who topped 2.30m, equalling his.
Bob Ramsak for the IAAF
Posted by Keith Conning at 7:40 PM No comments: Links to this post